The Metaverse: 7 Technologies That Will Make It A Reality 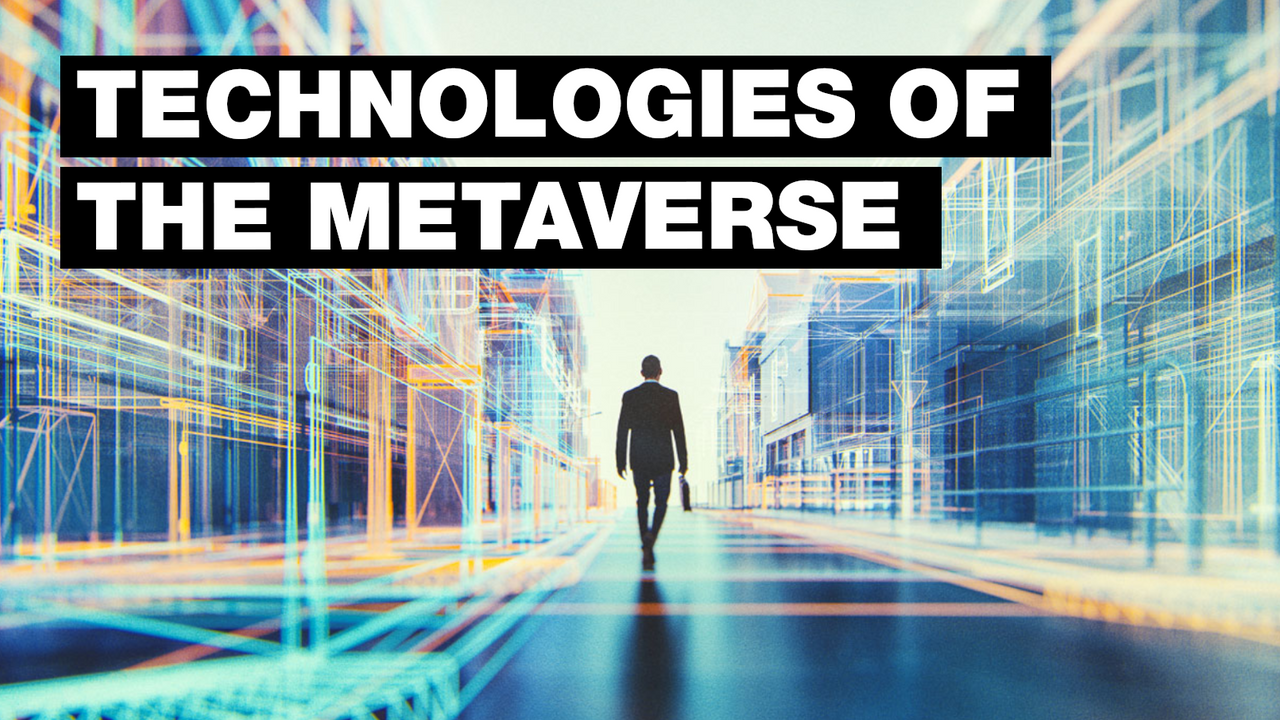 The metaverse is the next step in the internet's evolution and it will likely come into existence in the next 5 to 10 years. It’s the convergence of physical, augmented, and virtual reality in a shared online space.

The metaverse is a 4d version of our current internet and it can be thought of as an internet that you're inside of rather than one that you're merely looking at.

The metaverse will be a decentralized ecosystem built over time by many different companies using a variety of technologies. It would need a critical mass of interconnected technologies including the following:

This is an experience that simulates lifelike situations. Real-life use cases include gaming, social networking, education, and on-the-job training.

Unity’s CEO, John Riccitiello, predicts AR-VR Headsets Will Be as Common as Game Consoles by 2030.

And according to ARK Invest, VR headsets could reach smartphone adoption rates by 2030.

By that time, accessories such as full-body haptic suits and VR gloves will likely explode in popularity.

There are already multiple platforms that allow you to connect with other VR users:

And according to Grand View Research, the global virtual reality market will grow from $22 billion in 2021 to $67 billion in 2028.

This will benefit the metaverse in numerous ways as stated by Eric Elliott in this Medium article:

This is an experience where designers enhance parts of users' physical world with computer-generated input.

Eventually, AR contact lenses and AR glasses could be used to augment the world around us and facilitate virtual assistance with the help of sophisticated artificial intelligence. This AI would help us navigate in both the real world and the virtual world.

Currently, the Microsoft HoloLens and the Magic Leap One are the most notable augmented and mixed reality headsets on the market. They’re primarily used for enterprise purposes, but as their prices decrease, we’ll see more AR headsets sold to the general public.

According to Grand View Research, the augmented reality market will grow from $27 billion in 2021 to $340 billion in 2028. That’s a massive 13 times increase in AR adoption, which will make a metaverse emerge sooner rather than later.

In a decentralized metaverse, blockchain technology would be an ideal currency for facilitating quick and secure digital transactions.

Even though blockchain technology came into existence with Bitcoin, blockchain has a far-reaching potential outside of cryptocurrency. Basically, blockchain is a shared database that allows multiple parties to access data and verify that data in real-time.

According to Grand View Research, the global blockchain technology market will grow from $6 billion in 2021 and to $395 billion in 2028—that’s a whopping 65 times increase.

Brain-computer interfaces would allow us to control our avatars, various objects, and digital transactions with our brain signals. This technology is expected to gain an initial foothold in the video game and workforce productivity markets.

This technology won’t play a major part in the early years of the metaverse. However, by the mid-2030s, some early adopters might begin using brain-computer interfaces to connect to their neocortexes, according to Ray Kurzweil.

Several companies are already developing brain-computer interfaces. Neuralink, NextMind, and Neurable are among the most notable companies.

In this section, I’ll cover wireless technologies and Web 3.0.

5G enables extremely high frequencies at the Millimeter-wave spectrum, which opens up possibilities like VR experiences that include the sense of touch, and AR experiences that let visitors have in-depth conversations with AI characters in real-time.

Eventually, 6G will replace 5G. 6G isn’t a functional technology yet, but several countries have already launched research initiatives. Some experts estimate that it could be 100 times faster than 5G, which equates to 1 TB per second. At that speed, you could download 142 hours of Netflix movies in one second.

According to a white paper by NTT DOCOMO, 6G would make it possible for cyberspace to support human thought and action in real-time through wearable devices and micro-devices mounted on the human body. Sensory interfaces would feel and look just like real life.

With Web 1.0, content creators were scarce with the vast majority of users simply acting as consumers of content.

For the most part, we're currently in the Web 2.0 era. Web 2.0 brought us the "'Web as a Platform,' where software applications are built on the Web as opposed to just desktop computers. This enabled masses of users to participate in content creation on social networks, blogs, sharing sites, and more. However, Web 2.0 greatly empowers centralized tech giants and also enables surveillance and exploitive advertising.

One of Web 3.0’s primary advantages is its ability to enable a decentralized blockchain protocol, which would enable individuals to connect to an internet where they can own and be properly compensated for their time and data. This is more advantageous than a web where giant, centralized companies own the lion’s share of the web and can siphon large percentages of the profits.

Additionally, according to Rajarsji Mitra at Blockgeeks.com, it’s expected that Web 3.0 will allow computers to understand the semantics or meanings of sentences so that they can generate, share, and connect content through search and analysis. Thanks to semantic metadata, Web 3.0 will help facilitate greater connectivity between data sources. As a result, the user experience evolves to another level of connectivity that leverages all of the available information on the internet.

As processors require more cores and components, we may also see the introduction of optical components that would work in conjunction with traditional silicon components. This could result in a 100 times increase in data transfer speeds.

Lightmatter is a startup that was founded at MIT and it’s working on a chip that works using light.