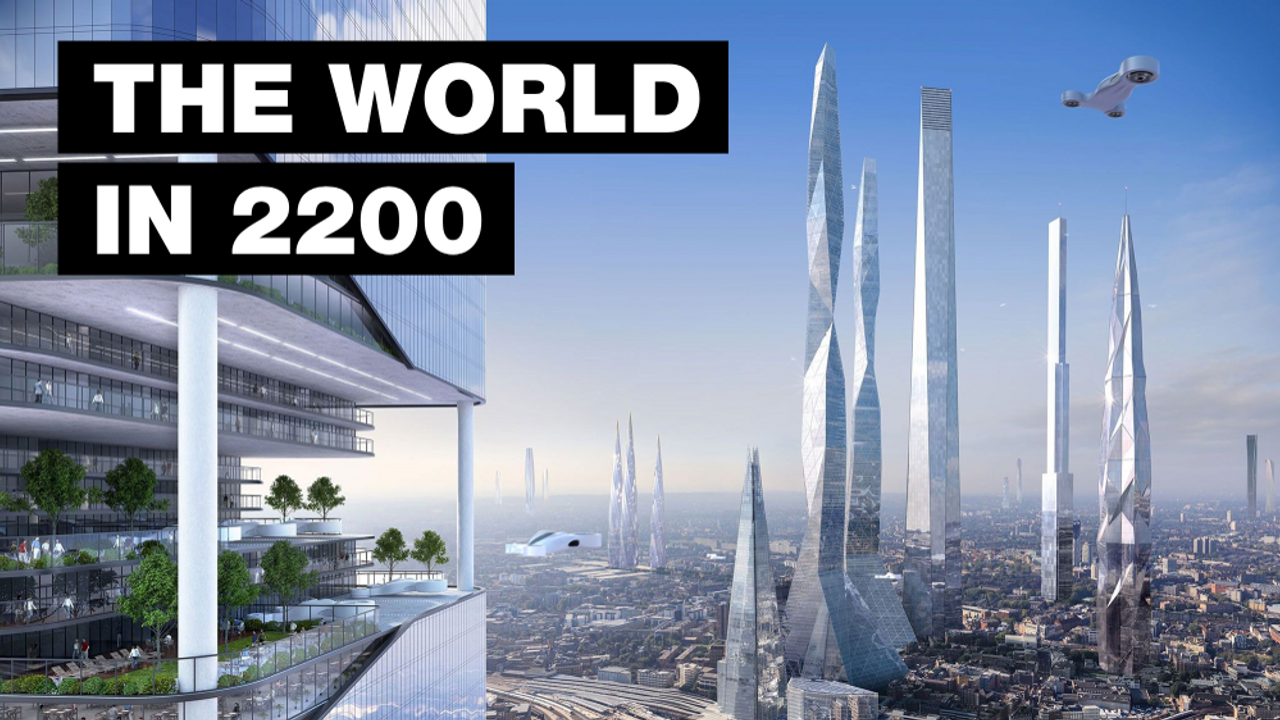 In 2200, significant technological advancements are changing the world forever. For example:

For several decades, the average person has had access to special clinics where they can transfer a copy of their consciousness from their physical brain to a machine. This is because human brains became 100% compatible with software shortly beforehand.

With this procedure, billions of nanobots are inserted into a person’s brain capillaries and every single electrical pattern from each brain region is copied. The electrical patterns are transferred to a computer program that contains an artificial brain with duplicate brain structures to accept this information. After this procedure, a version of the person wakes up as a computer program and undergoes a series of tests to make sure the upload was successful. This entire process can take hours or days.

Most people typically have the option to transfer their consciousness to a virtual body in a realistic simulation.

However, the wealthiest individuals have another option. That’s because:

2. Synthetic Human Bodies And Brains Are Now A Reality

It’s now possible to construct entire synthetic bodies along with synthetic brains that can be transplanted into those bodies. On the outside, they’re often indistinguishable from real human bodies.

Synthetic bodies are able to have higher strength, stamina, speed, and agility than normal biological bodies. And depending on how they’re customized, they’re able to survive in some of the harshest environments in the solar system. For example, a person with a high-end synthetic body can freely walk around on the surface of Mars without a spacesuit. There are also relatively cheap synthetic bodies with visibly mechanical parts that are more affordable for people the middle class.

Synthetic brains are far superior to a biological brain in every way imaginable. They’re able to compute up to millions or billions of times faster than biological brains. From the perspective of someone in the early 2000s, the most advanced type of synthetic brain can make a century of intellectual progress in less than one second.

There are varying levels of computational power and memory for each type of synthetic brain and they’re sold at varying price levels.

However, a significant percentage of the population views this technology as immoral and blasphemous. With each passing year, there’s an increasing divide between those who want to enhance themselves and those who prefer to reject this type of technology.

These simulations are the next step of evolution after the Metaverse and full-immersion virtual reality. Every conceivable detail of these realities looks and feels exactly like real life. They’re capable of being very similar to the simulation from the movie, The Matrix.

These simulations are so realistic, that if an average person was connected to one of them without consent and left in it for many years, that person would be 100% convinced that all of it is real.

There are life-like simulations for multiple time periods including the 1800s, the late 1900s, and an interpretation of the year 3000.

And these realistic simulations are increasingly being used as destinations for people who upload their minds to computers.

Researchers have created a cloth that can make anyone who wears it invisible. It’s considered a metamaterial that can alter how light bends and it alters the movement of light throughout various parts of the material.

Users wearing these suits are able to use their thoughts to toggle invisibility.

Intelligence and law enforcement agencies could use this technology to infiltrate restricted areas. Innovations in heat signature suppression and sound wave redirection allow spies to go into more areas than ever before without being detected.

In the near future, this technology will be applied to a wide range of physical objects. An area of particular interest is the potential to make a synthetic human body comprised of nanobots that allow users to toggle invisibility.

With the help of advanced artificial intelligence, scientists have discovered how to generate artificial gravity fields.

Because of this discovery, engineers are able to create a spacecraft with a ceiling containing this antimatter and a floor containing normal mater. This creates an artificial gravity field that always pulls people and objects downward from their frame of reference. This artificial gravity field would also protect everyone inside a spacecraft if it achieves rapid acceleration that would otherwise prove lethal.

In the future, this concept could be used to create suspensor belts that allow people and objects to float in mid-air. We could also produce aircraft that can quickly change their altitudes in ways that would be considered unnatural from the perspective of someone in the early 2000s.

Another method of creating artificial gravity involves spinning an entire spacecraft or parts of that spacecraft around a central axis. The centrifugal force from this spinning motion creates a downward force at the edges of the spacecraft that can simulate the gravitational force humans experience on Earth.

6. Hi-Tech, Automated Cities Are Being Built

By 2150, cities were already substantially closer to what science fiction authors envisioned in previous centuries.

7. Holodeck Cities Are Now A Reality

In the early 2000s, supercomputers used a simulation technique called lattice quantum chromodynamics to perform calculations by dividing space-time into a four-dimensional grid. Initially, it was only possible to simulate an area that was slightly larger than the nucleus of an atom.

But, as supercomputers and quantum computers reached higher and higher computation levels, it became possible to simulate larger volumes of space-time.

By the 2070s, it was possible to simulate a complete virus with absolute accuracy down to the smallest known quantum units.

In the early 2100s, entire brain scans were perfected and simulated at the quantum level. Soon afterward, the entire human body and entire rooms could be perfected simulated.

In 2200, entire cities can be constructed using quantum units as their building blocks. These cities are enclosed in four-dimensional grids. And, they’re effectively, miniature universes that are fully programmable and controllable. These holodeck cities are also accessible using VR devices as well.

Although the physical space for a holodeck is limited in size, as users traverse through it, the floor moves so that the visual environment changes and appears considerably larger than it really is.

8. Uploaded Minds Are Being Transmitted To Other Planets

It’s now possible to send copies of human minds on laser beams between planets and moons. Putting a copy of a mind on a laser isn’t too much of a technical problem since lasers can hold an almost unlimited amount of information.

A network of relay stations has already been built throughout the inner solar system. Each station is able to receive those laser beams, amplify them, and send them to the subsequent stations. These laser beams travel between the relay stations at light speed.

Relay stations have been placed on stationary comets instead of moons since moons orbit around planets and are often obscured by those planets. Laser sails are used to transport self-replicating nanobots to those comets. Those nanobots then use the surface materials on those comets to physically make the relay stations.

On the Moon, Mars, and Titan, there are robots and synthetic bodies waiting for those lasers and they will activate once human minds are uploaded to them.

As humans begin to explore others star systems, this will likely become the preferred method of transportation for people who have transcended beyond their biological bodies.

By 2150, a wide variety of probes to neighboring star systems have successfully reached their destinations. The fastest of these probes can now achieve speeds that are moderately close to light speed and they require only a few decades of travel time. As a comparison, space probes from a century earlier would have taken many thousands of years to reach these stars.

A variety of different engine systems are being utilized such as antimatter, nuclear pulse propulsion, and other more experimental methods. These probes have cone-shaped force fields that protect them from incoming debris. And programmable matter is used to slightly change the shape of these probes to reduce the number of collisions with hydrogen atoms in space.

After traveling for trillions of miles, the majority of them successfully reached their destinations. They’re returning a treasure trove of data and visual information from planets and moons of other solar systems. Additionally, they’re providing images of Earth and the Solar System from light-years away, providing a new perspective of humanity and its place in the universe.

10. Large-Scale Civilian Settlements On The Moon Are Now A Reality

Dozens of permanent Moon colonies have been established. Large self-assemblers using nanotechnology enable these settlements to be constructed in a matter of hours or days. Most of these settlements are concentrated in the southern polar region of the Moon, which has greater access to water.

Advances in genetic engineering, cybernetic implants, and synthetic bodies allow humans to be fully adapted to the gravity of the Moon. But to take this a step further, artificial gravity is starting to be used in some facilities so that humans experience gravity on the Moon that is similar to the gravity on Earth.

A very large telescope is also operational, for long-distance astronomical observations. The lack of an atmosphere and other conditions gives it a tremendous advantage over Earth-based telescopes.

Lava tunnels under the lunar surface are filled with entire cities containing many millions of people and their robot companions.

In some of the largest and deepest caverns, the lunar conditions allow for a number of gigantic science experiments. For instance, neutrino detectors are being built at scales and efficiencies that far surpass the ones on Earth. These experiments are confirming profound insights about scientific phenomena that were first discovered by artificial super intelligences decades ago.

Because of limited space on Earth to house data centers and supercomputers, the Moon is now being utilized for this purpose. Formerly separate cave systems are now interconnected, forming hyper-fast computer networks across a significant portion of the Moon's surface and subsurface.