James Webb Telescope: 5 Greatest Discoveries It Will Make By 2030 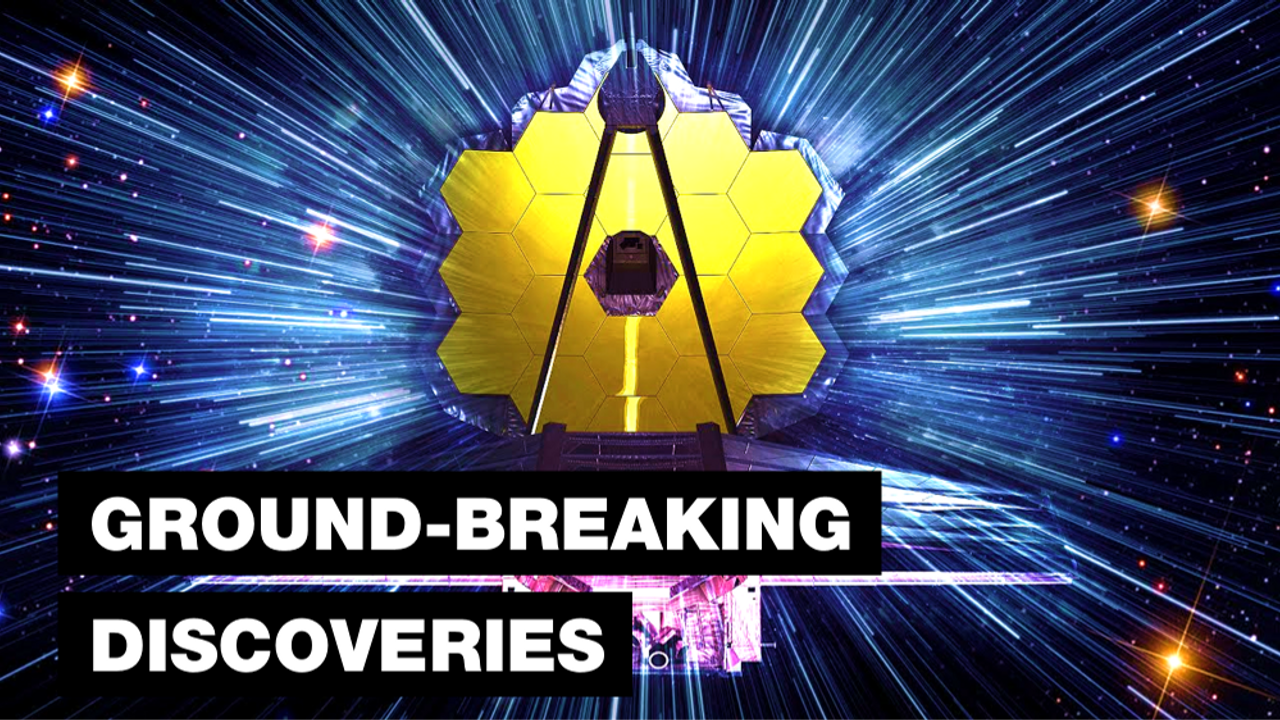 1. What Did the First Galaxies and Stars Look Like?

The James Webb telescope was launched into space in December of 2021 and it now orbits around the sun 1 million miles away from Earth.

The James Webb telescope is estimated to be 100 times more powerful than its predecessor, the Hubble telescope.

This is partially because the James Webb telescope’s mirror is much bigger than Hubble's mirror, and it has a larger light-collecting area.

However, a key reason why the James Webb telescope is so powerful is because its primarily an infrared telescope, while Hubble is primarily a visible light telescope.

Infrared capabilities are essential in this context because the oldest known light in the Universe was radiated over 13 billion years ago, and it's only visible in the infrared portion of the electromagnetic spectrum. As that light traveled through space over billions of years, it was stretched to longer infrared light wavelengths by the Universe's expansion.

According to the standard model of cosmology, the first galaxies that formed in the Universe should be smaller and simpler than present galaxies. It's believed that galaxies grow larger and more complex by merging with each other.

If some of the first galaxies in the Universe turn out to be larger than expected, that discovery could potentially have profound implications on our cosmological models. And it would transform our understanding of the relationship between dark matter and galaxy formation.

2. Are There Signs Of Alien Life In Our Solar System And In Our Galaxy?

Our galaxy, the Milky Way, is estimated to have between 100 and 400 billion stars. Most of those stars likely have planets that revolve around them.

A small percentage of those planets should have conditions suitable for life, such as having oxygen and water.

The James Webb telescope could provide images of large exoplanets, which are defined as planets that reside outside of our solar system. It will take spectroscopy readings of those planets, which will help us determine the chemical compositions of the atmospheres of those planets. If some of these planets contain biological life, the ratios of chemical elements in their atmospheres could make this evident.

In our lifetime, it's possible that we could detect biosignatures of alien life on planets revolving around nearby stars such as Alpha Centauri, Barnard's Star, and Wolf 359. In fact, 53 stars are within 17 light-years from our solar system.

We could also potentially detect life in our own solar system on Saturn's moon, Titan, and Jupiter's moon, Europa.

3. What Is The True Rate Of Universal Expansion?

Recently, cosmologists found discrepancies among varying measurements of the rate of the Universe's expansion. Scientists made these measurements by measuring the redshift of distant galaxies and the electromagnetic radiation that resulted from the Big Bang.

But, the precision of these measurements is obscured by the large amounts of dust in space, which is something that the James Web telescope can address. Eventually, we should be able to learn how fast the Universe is really expanding and whether or not new laws of physics are required to explain that expansion.

Our current theories predict that the first stars may have collapsed to form these black holes, but there isn't enough evidence to confirm these theories.

Also, we're still not sure how many of these black holes got so gigantic in such a relatively short amount of time.

The James Webb telescope should enable us to see blackhole and galaxy formations at their earliest stages.

5. How Are Stars And Planets Formed?

Star systems are formed inside large clouds of dust called stellar nebula, and they're difficult to see with normal telescopes. Additionally, we're still uncertain about the formation process of brown dwarf stars, which are not massive enough to radiate visible light.

Because of this, the exact dynamics of star system formation are still not well defined. For example, we still haven't pinpointed why most stars form in groups.

The Webb Telescope and its infrared vision should enable us to see the inside of these systems through all of the dust in space and capture planet and star formation at their earliest stages.

We may even gain a greater understanding of how our own solar system was formed and whether that formation was typical compared to that of most solar systems.

The James Webb Telescope has the potential to reshape our knowledge about the universe like never before. If telescopes are this advanced in the early 2000s, can we even imagine how powerful they could become in a hundred years or 500 years, or perhaps even thousands of years?