What If The Tech In Westworld Existed In Real Life? 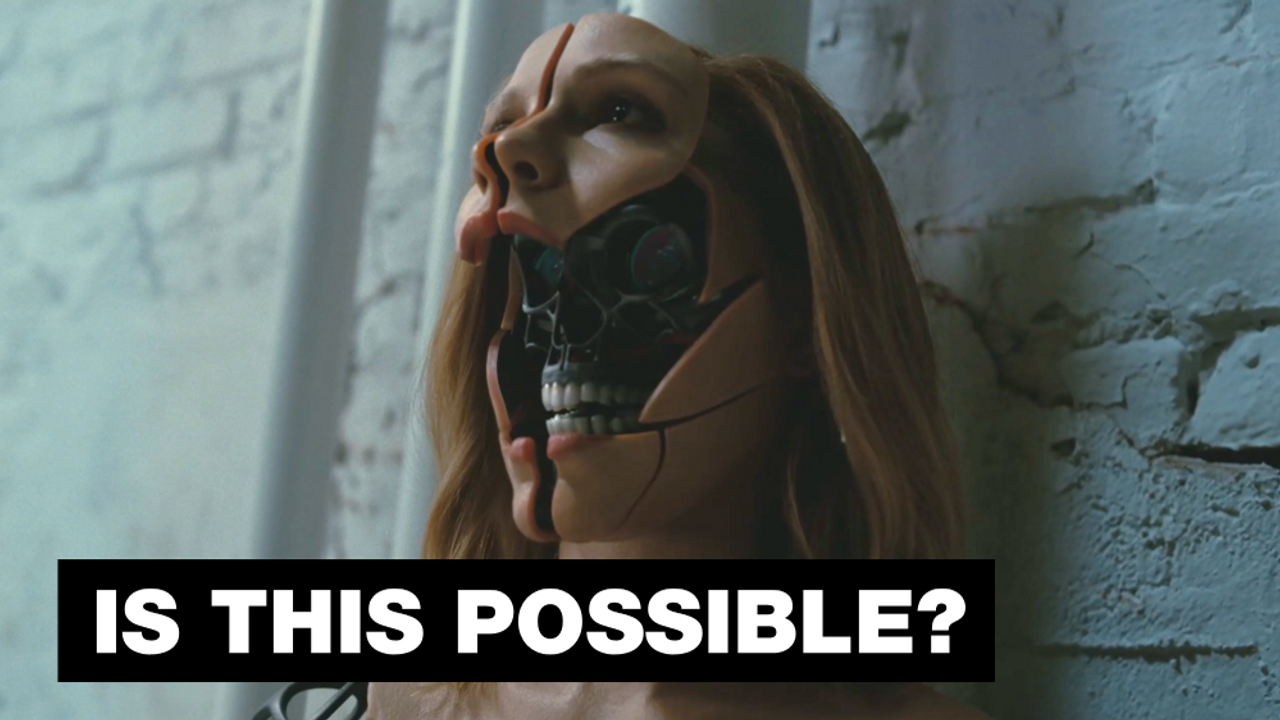 Westworld has 7 science fiction technologies that might become possible in the real world faster than you think. They include:

The primary technologies in Westworld are extremely advanced humanoid robots that are completely indistinguishable from real people. The most advanced models are created using synthetic skeletons with synthetic muscles and skin overlayed on top of them. Realistically, these types of robots are so advanced that it could take several decades or more before they can be created on a regular basis. However, prototypes might exist far sooner.

These robots also have general intelligence and the capacity for consciousness. The AIs for these robots are trained in simulations millions of times to work out any bugs in their behaviors. And paper-thin devices are used to upload detailed life stories and personalities to these robots.

We’re probably 10 – 30 years away from having those technologies. When that happens, we’re likely to have conscious AI virtual assistants in the form of robots, holograms, and virtual characters that can assist us with reaching our life goals on a daily basis. However, as the show highlights, there are major problems we could face as a result of our treatment of these AIs. This includes AI uprisings at the local and global scales.

In season 3 of Westworld, there’s a powerful, general AI that’s able to collect data from every person on Earth and predict their life paths. To take it a step further, this AI can also deny job opportunities to people to make sure they don’t deviate from their designated journeys in life. Presumably, it can prevent anyone it chooses from dating who they want as well.

An AI like this would need access to hundreds or even thousands of computer systems connected to the internet. And no one would have any privacy online, similar to how it is now, except worse.

In reality, the civilians in a society might have to be slowly conditioned over a period of decades before this controversial technology could become widely accepted. Similar to how it is in Westworld, it would have to be presented as something that’s actually protecting humanity despite the obvious negatives of it.

3. Digital Immortality For The Rich And Powerful

In the second season, a company called Delos is offering a simulation for the world’s elite to live in after their physical bodies die. This simulation would provide an eternal life of luxury.

There are even ongoing experiments in the show to allow someone’s consciousness to live in a realistic humanoid robot after they die.

According to some experts on the topic, digital immortality could be possible anywhere from 30 to 100 years from now. It’s reasonable to believe that the process of becoming digitally immortal would be incredibly expensive when it's first introduced. And initially, the rich and powerful would have exclusive access to it.

However, many people believe that the consciousness that lives after someone dies is only a copy of the original person, which might undermine some of the reasoning for becoming digitally immortality.

Full-immersion VR makes people feel like they totally exist in another world.

In season 3, mental patients are subjected to photorealistic, full-immersion virtual realities as a form of involuntary treatment. Also, individuals considered threats by a powerful AI are rounded up off the street and forced to connect to these types of realities for many months and years at a time as a form of mental conditioning. Compact and lightweight VR goggles are used to enable these experiences.

Realistically, it might take another 15 to 30 years before we can have photorealistic, full-immersion experiences with VR goggles similar to the ones in this show.

For the most immersion possible, humans might need billions of nanobots in the capillaries of their brains. These nanobots would control incoming and outgoing brain signals so that users literally feel like they’re in another world.

In season 3, there’s a substance called “genre” that makes people feel like they’re in various movie genres. And the experiences it provides change dramatically throughout the duration of the trip.

In a couple of decades or more, it would probably be easier to induce these types of psychological experiences using brain-computer interfaces and nanobots. This could cause people around you to look dramatically different and appear to have different clothing. It could cause you to hear conversations that aren’t real. And it could cause buildings around you to appear like they’re from different time periods from both the past and the future.

In season 3, there’s a blockchain-based app called Rico, that allows criminals to pursue illegal odd jobs. These gigs include robbing ATMs and delivering illicit packages. Ironically, many of these criminal activities benefit the AI in this show that is controlling everyone’s lives.

In reality, services like this already exist on the dark web, but with much smaller scales of operation. If an app like what is seen in the show actually existed, it would probably be quickly identified by local law enforcement because of the nature of the crimes involved. In some countries, apps like this could continually emerge one day if societal conditions are particularly unfavorable.

In season 3, there are pharmaceuticals that cause people to completely forget all of their memories. Because of this and augmented reality conditioning, an organization in the show is able to control trained mercenaries and get them to incapacitate or capture people that are considered threats to that organization.

In reality, quantum computers and other technologies could speed efforts to create these types of mind-altering chemicals in the coming decades. To take it to another level, perhaps several decades from now, it may be possible to create pre-programmed nanobots that could force people to perform actions that they’re totally unaware of. Using wireless technology, it may become possible for a person to physically control another person from a nearby location. Perhaps scariest of all, a general or super-intelligent AI could brain hack unsuspecting humans and completely take control of their thoughts and actions.