The World in 2060: Top 9 Future Technologies 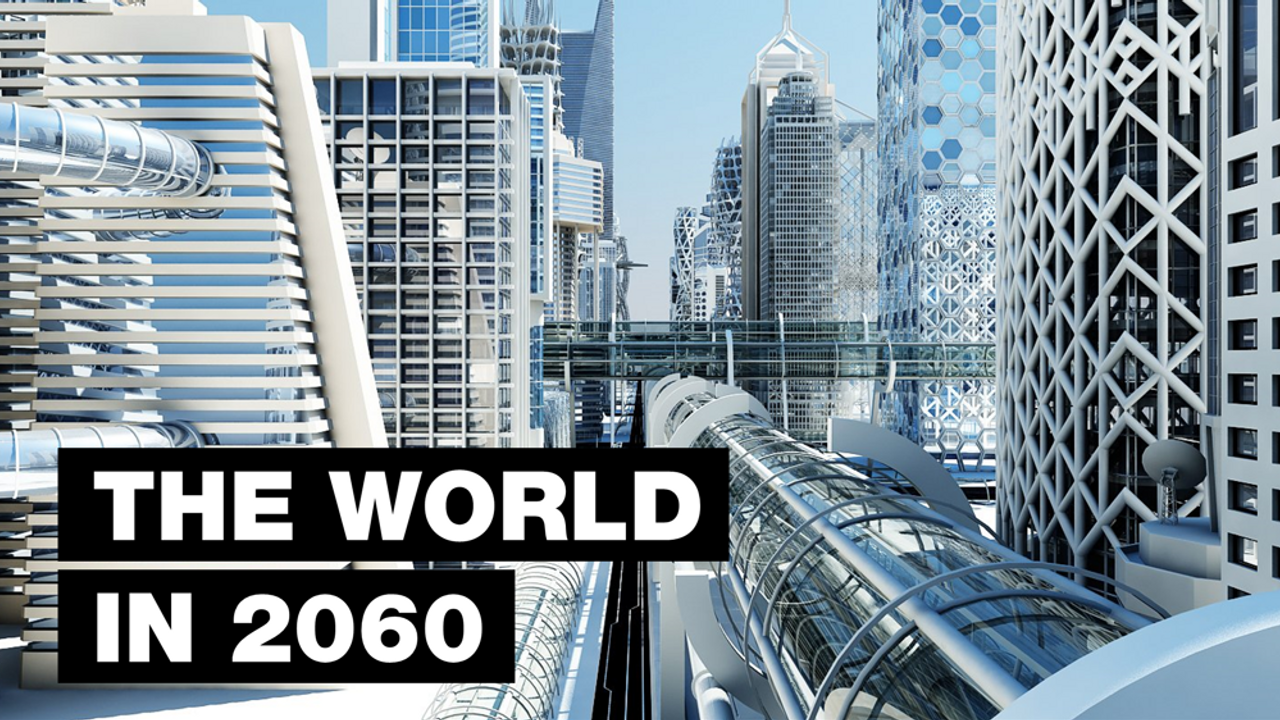 In 2060, significant technological advancements are changing the world forever. For example:

An artificial general intelligence is defined as any intelligence that has the same cognitive performance of an average human in virtually all domains. It’s also defined as an AI with human-level consciousness and self-awareness. It’s considered the most important and impactful invention of this century by far. It also indicates the start of the technological singularity soon afterward, which is a point in time when technological growth becomes uncontrollable and irreversible.

And people are able to communicate with them using a variety of methods including holograms, virtual environments, and simple voice conversations.

A well-known AI company is licensing its artificial general intelligence to mostly research institutions. It’s solving noble prize-winning discoveries in fields such as physics, chemistry, and medicine every couple of weeks. And as its intelligence increases, it’s solving unsolved problems at a faster and faster rate. This AI is also speeding innovation in the fields of mathematics, computer chip design, and finance.

A well-known Metaverse company has its own artificial general intelligence and its purpose is to merge items and capabilities in that company’s Metaverse with the real world. It’s accelerating developments in the areas of full-immersion virtual reality, nanotechnology, replicators, and programmable matter. It also has access to detailed scans of human brains, which help it to understand human psychology and behavior much better than humans can. It’s developing complex strategies including gamification to get people of all demographics addicted to that company’s Metaverse. And when people use brain-computer interfaces, this AI uses their brain signals to create user profiles and predict buying preferences with laser-like precision.

Humans can barely keep up with the explosion of knowledge and technological innovation that these intelligences provide. And each of these artificial general intelligences is growing exponentially smarter every 12 to 16 months.

2. Nanobots Can Connect Our Brains To The Internet

A nanobot is a microscopically small robot built on the scale of nanometers. Nanobots are typically ingested in pill form or introduced to the body through other means.

In 2060, nanobots have replaced smartphones and VR glasses for some people. It’s now possible to send nanobots directly into peoples’ brains and connect their neocortexes to the internet and various cloud services. This is giving users of these nanobots constant access to all the information in the world and the ability to access it instantly. This is also giving those users picture-perfect memory in regards to the video, image, text, and audio data they can access. This is resulting in users upgrading their brain’s memory capacity by a millionfold.

Nanobots are also capable of providing full-immersion virtual reality and making people feel like they’re really in another place. This is due to the nanobots controlling incoming and outgoing brain signals.

Various companies are emerging that are using nanobots to mimic all types of experiences that are controversial and recreational.

As a result of these innovations, we are witnessing an explosion of creativity when comes to music, art, movies, shows, and the development of new inventions.

This is largely possible because the majority of virtual worlds are now computed and rendered in the cloud.

Additionally, game developers can create entire cities and landscapes using only their brain activity or by simply typing text to describe what they want to create. Advanced game engines are able to automatically fill in the details using advanced procedural generation techniques.

Many of these worlds are modeled on planet Earth, but multiple attributes can be adjusted such as planet size, city locations, day and night cycles, weather patterns, gravity, and so on. And almost every variation of every physical object in real life is available as an asset to use for these virtual worlds.

Because of the complexity, level of detail, and realism of these worlds, they’re starting to look more like full-blown simulations.

Huge numbers of adults are using gene therapy and nanobots to slow their aging processes by altering the genes that cause aging. These technologies are also preventing common diseases such as cancer and heart disease that could cause death as well. As a result, people born in the 1960s that have access to this medical treatment are still alive and well today. They’re on track to become the longest-living humans in history. Some people project that this generation could live up to 150 years or longer. It’s actually somewhat of a mystery how long this generation will live on average.

And the treatments are improving at such a rate, that the next generation afterward could live considerably longer.

In addition to slowing aging, gene therapies are also giving some people strength and stamina that is higher than what is typical for their ages.

5. Space Hotels Are Now Affordable For Most People

In the last 3 decades, space hotels were only reserved for the rich with typical costs of around $250,000 per person. Space hotels now have a similar price tag to a trip on a cruise ship or a trip to Disneyland.

This is largely thanks to the emergence of space elevators. Transporting people to space hotels with space elevators only requires 1% of the cost of using rockets.

6. Designer Babies Are Becoming Common For The Upper Class

Wealthy couples in some countries now have the option of creating what they consider "perfect" babies in a laboratory. This is done by picking and choosing hereditary traits such as gender, height, hair color, eye color, and hundreds of other characteristics.

All of these traits can be programmed into an embryo prior to birth. The embryo is then grown in an artificial uterus. The most advanced and controversial techniques involve manipulating the brain to improve a child's intelligence, behavior, and personality. And each year, more and more traits are being offered.

It’s no surprise to anyone that many conservative and religious groups see this practice as an abomination.

On top of all of this, there’s even software that can analyze a baby’s DNA and then provide a reasonable approximation of its future face, body shape, and personality in the form of portraits and animations.

7. Smart Clothing Is A Trillion-Dollar Industry

By the late 2050s, smart clothing became a trillion-dollar industry and had a faster sales growth than traditional clothing.

The most advanced smart clothing incorporate video or holographic displays on their exterior. This type of clothing is typically worn at fashion and award shows.

More conventional types of smart clothing have the following features:

Additionally, when using smart gloves, scientists and forensic teams in the field can touch DNA samples and obtain genetic sequences in a matter of seconds.

By the 2070s, it’s expected that the majority of clothing will be smart clothing and have one or more of these capabilities.

High resolution, 3D imaging of internal structures of the human body along with brain activity is now possible using real-time video. This can be accomplished with devices no bigger than a tablet.

They work using supersensitive atomic magnetometers, which can detect the tiniest magnetic fields.

MRI scans have become as quick and easy as taking a photograph, with a hundredfold decrease in cost. Healthcare programs in developing countries are particularly benefiting from this technology.

9. Entire Movies Can Be Auto-Generated By AI

It’s become commonplace for movie studios to create photorealistic 3d models of actors and movie environments in a matter of seconds.

Reshoots of movie scenes are easier than ever before because 3d models of actors can stand-in for the real actors. If an actor has to discontinue in the middle of a movie production, that actor can be easily replaced with the 3d model of another actor as well.

Additionally, text to video has been possible for a couple of decades. This is the process of typing the components of a scene and letting a computer auto-generate that scene for you. This technique is helping studios to create epic action sequences that used to take several months to finalize in as short as a few days.

For some movies, audiences have the option to view movie characters and their environments from any conceivable angle. It’s also possible to add and remove elements based on the options provided by a movie’s director. For example, elements such as clothing and weather might be changeable. Theoretically, each person who watches a movie with these options would get a slightly different experience.