The World in 2090: Top 9 Future Technologies 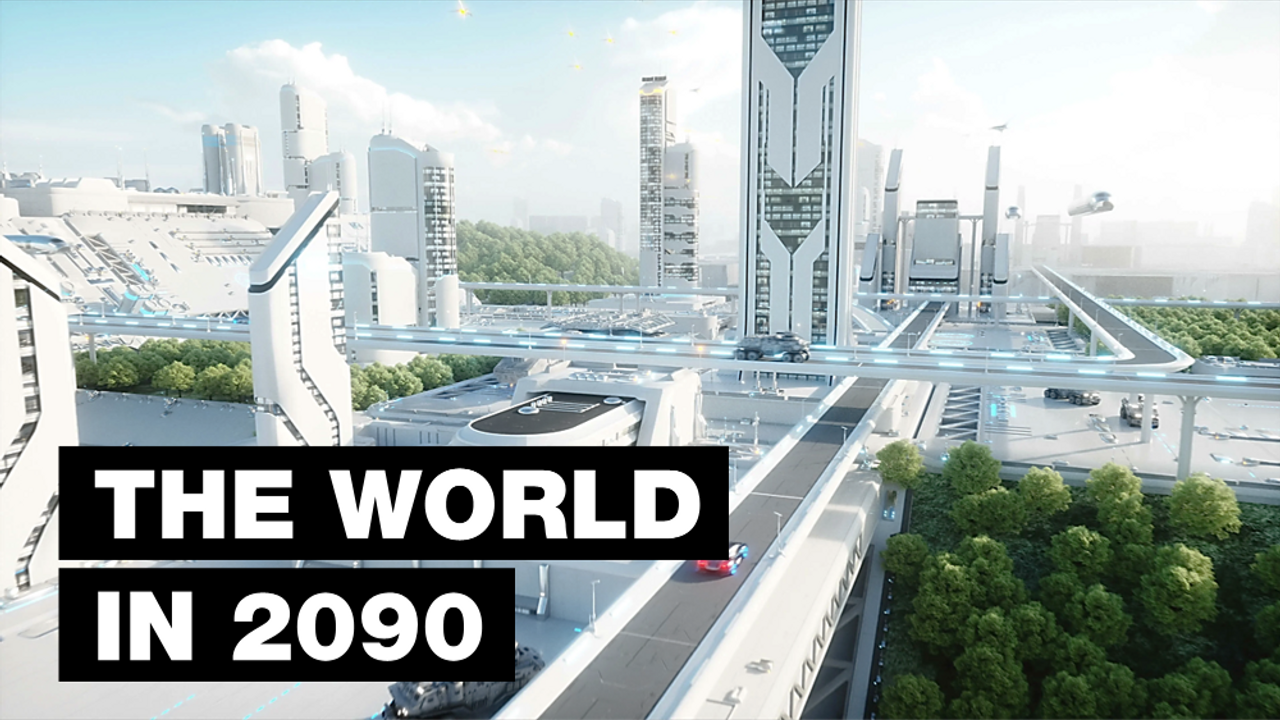 In 2090, significant technological advancements are changing the world forever. For example:

1. Super Intelligent Virtual Beings Are Now Available In The Metaverse

Virtual beings with human-level consciousness and intelligence have existed in the Metaverse for at least two decades now. These beings now have a wide range of intelligence levels and IQs that reach into the hundreds of thousands.

In closed virtual environments, most major corporations, governments, and militaries are using these super-intelligent AIs in 3d simulations that are extremely similar to real life. These super-intelligent AIs are being given objectives in large, open-ended simulations and the solutions that they come up with are then recorded and analyzed. This is helping those organizations to derive optimal solutions to business, military, and social problems that would have taken decades or centuries to figure out otherwise.

These virtual beings are being used as consultants for the upper class and the most powerful corporations in the world.  They’re also being used as virtual professors for highly complex topics involving math and science.

And, they’re being used as characters in a high variety of photo-realistic video games involving challenges where even the most skilled human players in the world have almost no chance of winning. Some of the most viral videos and 3d playbacks on the internet show the players who made it the furthest against these super-intelligent AIs.

Safeguards are put into place so that these super-intelligent AIs can’t cause harm to people who interact with them. It’s also illegal in most countries to transfer a super-intelligent consciousness to a robot body since that could quickly lead to dire consequences.

However, as smart as these super-intelligent AIs are, they’re not as intelligent as the most advanced super intelligences owned by powerful tech corporations and governments. Those AIs are now at least billions of times smarter than all living humans combined.

By 2090, the number of virtual beings and humanoid robots with human-level consciousness and general intelligence far outnumber the humans on earth.

Commercial software distributed by metaverse and AI companies make it easier than ever to create these AIs.

Some of these AIs, including humanoid robots, are even petitioning for individual rights including the right to vote, the right to own businesses and land, and the right to marry each other. Many people see this as the start of a new civil rights movement.

3. The Terraforming Of Mars Is Underway

Space travel is becoming low cost and journeys between planets are now relatively routine. Serious plans are underway to transform Mars and make it more habitable for humans.

This entire process could take as long as 500 years.

4. Uploading Memories And Dreams To Computers Is Now Possible

Because of advancements in brain scanning technology, it’s now possible to upload vivid mental pictures, audible thoughts, memories, and dreams to computers with near-perfect detail. Using nanobots, we can copy memories from structures in the brain. And using specialized software, it’s even possible to monitor peoples’ brain activities at near-perfect detail in real-time.

Further in the future, uploaded memories could make it to the mainstream public and become sharable on online platforms. This would allow users to relive experiences from the perspective of others and feel the emotions that others felt during those experiences.

This is an important step toward future technologies involving memory editing, telepathy, and the ability to upload our entire consciousness to a computer.

5. Androids Are Widespread In Law Enforcement

Thanks to the technological singularity, the production of robots is at a faster pace than ever.

Fully autonomous robots with human-like features and expressions are deployed in many cities now. These androids are highly intelligent, possess human-level consciousness, and they’re able to operate in almost any environment.

Because of their inhuman strength, speed, durability, vision capabilities, hearing capabilities, and near-perfect aim, they can easily fight dozens of people at a time. And they have instantaneous access to criminal records, shopping records, bank accounts, and so forth, which allow them to easily identify and run comprehensive analyses on people in public places. They can even analyze facial expressions and body language to determine whether a person has possible, criminal intent.

However, special controls are embedded in their programming to prevent the use of excessive force.

In 2090, biotechnology upgrades and transhumanism are increasing in popularity and reaching an even wider population. Although this concept would have been considered weird in the past, some people are going as far as placing an outer layer of synthetic photosynthetic skin on some regions of their body. This second skin is engineered to be at least 300 times more efficient than natural green plant cells.

On an ideal day with plentiful sunshine, this outer covering of photosynthetic skin can provide a boost of energy throughout the day. The sensation it provides is like a lasting caffeine rush. Being charged with solar power is especially useful for those who suffer from chronic fatigue or similar health issues.

The most adventurous people cover their entire bodies with photosynthetic skin, which allows them to generate enough energy in one hour to meet their body's needs for up to 24 hours.

For those unable or unwilling to undergo this full procedure, less invasive options are available – such as photosynthetic hair.

Most people who undergo these procedures choose to keep their original skin and hair colors.

In the far future, humans who use this technology could survive indefinitely without food. This may come in helpful during long space journeys and when inhabiting other planets.

Militaries are using this procedure to full advantage as well for their cybernetic special forces units.

Now, it’s become common for professional athletes to utilize this type of service to give themselves a competitive advantage.

This is resulting in records being broken in all major professional sports leagues at a pace never seen before. And many people consider the Olympics to be more entertaining than it’s ever been.

Cultured meat is produced by the cultivation of animal cells.

By the late 2030s, the worldwide market for conventional slaughtered meat was overtaken by the combination of cultured meat and vegan replacements. By the early 2040s, cultured meat alone achieved market dominance.

By the 2080s, the world changed almost beyond recognition. Biotechnology nearly decimated traditional agriculture and its many related infrastructures. Vast areas of farmland were made redundant. Many jurisdictions in the world have outright banned the slaughter of animals. Most households with at least a middle income or above have access to kitchen appliances that can replicate meat products within a matter of minutes.

By now, only a tiny percentage of the world still raises livestock for meat.

Many of the world’s cities are becoming submerged due to rising sea levels. Despite some attempts to build flood defenses, even famous locations such as New York, London, Hong Kong, Shanghai, and Sydney have been affected. With over 10% of the world's population living on coastlines, hundreds of millions of people have been forced to migrate.

Because of this, floating, artificial islands are growing in popularity. These floating cities are entirely self-sufficient and able to cruise around the world indefinitely. They provide everything an average person needs for comfort, safety, and security. They also offer virtual reality suites, state-of-the-art android servants and companions, swimming pools, landing pads for flying personal vehicles, and more.

These giant, amphibious ships are especially popular in Southeast Asia, which has been hit especially hard by the effects of climate change. Some of the largest of these floating cities have upwards of 100,000+ residents.

These settlements are entirely carbon neutral. Power is produced from a combination of solar arrays, offshore wind farms, and other means. Some even utilize fusion power. Food is grown and salt is removed from saltwater in these cities.