The World in a Million Years: Top 7 Future Technologies 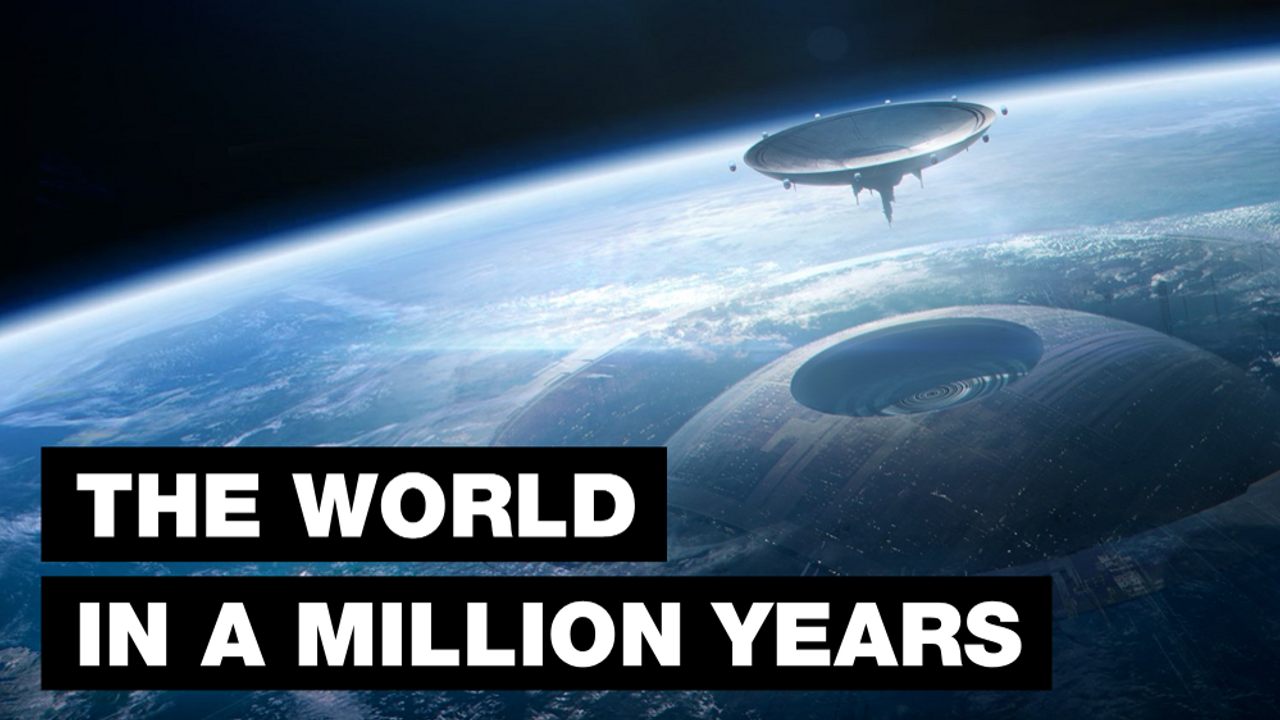 In a million years, humanity has reached an incredible level of technological advancement. For example:

1. Most Humans Have Abandoned Their Physical Bodies

As a species, homo sapiens continued to evolve over time. This has led to an increase in cranial size, taller heights, less hair, longer limbs, a more robust and capable immune system, and an increased lifespan.

However, purely biological and non-cyborg humans are increasingly rare now. They have basic rights and they’re free to travel anywhere they want. But, they have practically zero influence in any governmental systems on Earth or elsewhere. They’re now completely subservient to AIs, enhanced humans, and other entities, that are now trillions of times more intelligent and powerful than they are.

The vast majority of humans abandoned their biological forms a long time ago. They made the transition to machines, synthetic bodies, virtual entities, and other forms never conceived of in the past. The entire Milky Way galaxy has been explored by these transhumans and their sentient ships.

For a long time now, humans have been able to have their uploaded minds transported between planets on laser beams.

There are now laser porting superhighways between planets and stars allowing trillions of humans to travel at a time. At each destination, there are synthetic and robot bodies waiting for those uploaded human minds.

Additionally, these lasers are able to transport through wormholes and quickly arrive at distant parts of the universe.

2. Multiple Wormholes Have Been Created

It’s now possible to create wormholes and manipulate the fabric of space-time at will.

Wormholes require a tremendous amount of energy to create. For that reason, we needed to build a large particle accelerator that is the size of the asteroid belt around the sun. This particle accelerator is able to generate Planck energy, which is a type of energy that was essential in the Big Bang. This energy was able to be directed at a single point in space to create the first wormhole.

Because of this new capability, humanity is able to explore some of the furthest regions of the universe that were previously impossible to reach. And then return to report their findings.

3. Spaceships Can Travel Faster Than The Speed Of Light

Faster-than-light travel is now possible using Alcubierre drives, which are compact and miniaturized enough to be found in even personal spacecraft designed for one passenger. Alcubierre drives use such colossal amounts of power that they cause the fabric of space in front of a ship to contract, while the space behind it expands.

This technology is allowing high numbers of humans to travel to other parts of the universe including neighboring and distant galaxies.

4. Humanity Is A Type 3 Civilization On The Kardashev Scale

A type 3 civilization is able to extract exotic energy, information, and raw materials from its entire galaxy. At this stage, humans and its descendants are able to harness the energy released from Sagittarius A, which is the supermassive black hole at the center of our Milky Way galaxy. This type of civilization could also tap into the energy from millions of smaller black holes throughout the galaxy.

The amount of energy we siphon from supermassive black holes could last for trillions of years. And this amount of energy is able to help us create technological advancements that are beyond the imagination of past generations. This includes building billions of Dyson spheres and the ability to create black holes, stars, and planets.

This approach and similar approaches are being used to siphon energy from millions of stars, gamma-ray bursts, and the emissions from quasars.

Humans now have the ability to generate gravitational waves by manipulating spacetime and creating new gravitational sources. Spacetime can also be bent outward to repel all objects around a region of space. This is partly made possible because humans can manipulate matter at the Planck scale, which was long believed to be the universe’s minimum unit of measurement.

Additionally, we have the ability to use gravity waves to communicate. Gravity waves are able to spread across solar systems and galaxies at extremely long distances. Gravity waves have an advantage over light waves because laser beams tend to scatter and diffuse as they travel.

6. Planet-Sized Computers Are Starting To Dominate Our Galaxy

Planet-sized computers are being constructed throughout the entire Milky Way galaxy. A high percentage of planets, comets, moons, and asteroids considered uninhabitable are being converted into these machines to form a vast network that is a hundred thousand light-years across space. Each computer is capable of instant communication with each other regardless of distance. That is because quantum entanglement is used to transfer communication signals and energy.

It’s also possible to harness the power of newly discovered sub-particles for computer communication. As a result, communications are able to pass through planets and other dense matter without touching a single atom. These particles use space-time itself as a medium and can travel faster than the speed of light.

These forms of communication and energy transmission are undetectable to less advanced civilizations.

7. The Universe Is Being Infused With Computronium

Intelligent, self-replicating nanobots are being transported through wormholes to the furthest regions of the Milky Way galaxy. They’re also being sent throughout dozens of other galaxies in the Virgo Supercluster, which also contains our galaxy.

As the universe itself becomes more intelligent, humans may gain the capability to manipulate events on the scale of the big bang. If humans survive long enough, we may even gain access to what might exist outside of the universe.